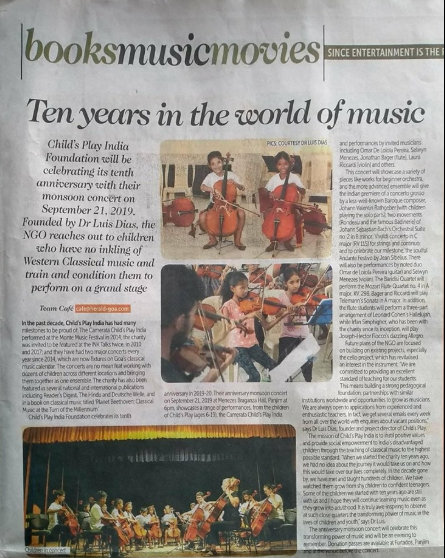 Over the years, Child’s Play India has been featured in many national and international publications. In the past few months, we have been written about in The Hindu newspaper, which is a national newspaper widely read across the country. This brought us a fair bit of attention in South India, which was quite exciting!

We were also featured in the August 2019 edition of Reader’s Digest! Read the story here. 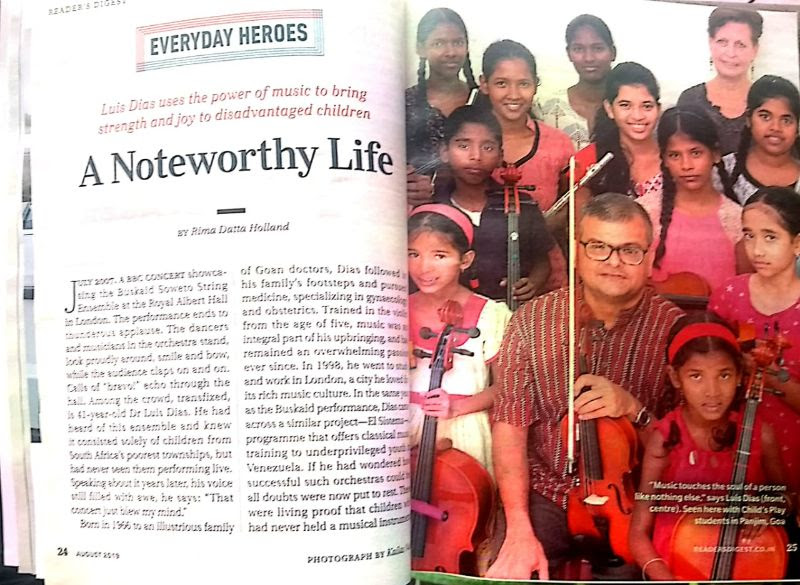 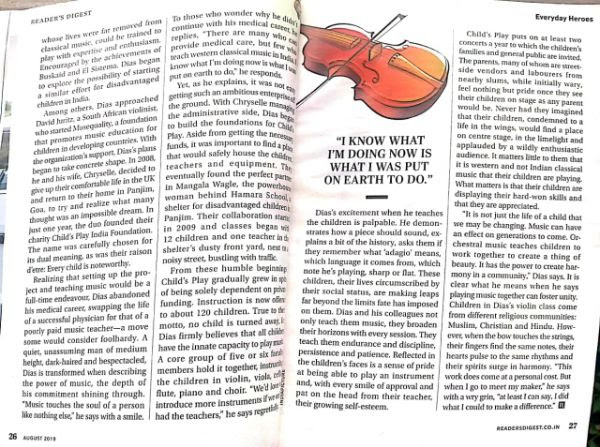 In the run-up to our 10th anniversary monsoon concert, Prutha Goa interviewed our founder Dr. Luis Dias about our work and the concert itself. You can read the interview here.

We were also featured in the Navhind Times and the Herald on the eve of our concert. 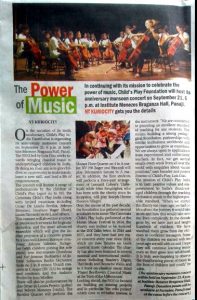 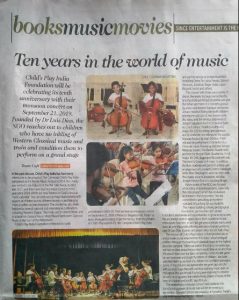 Serenade, India’s only portal for western classical music, carried a report on our 10th anniversary monsoon concert. Read it here.